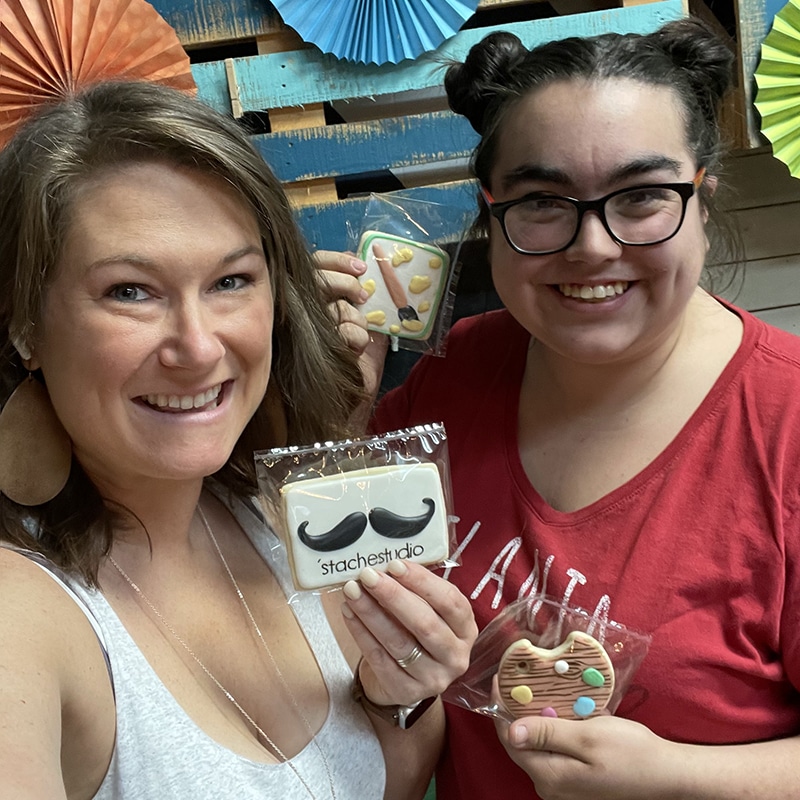 ‘Stache studio has been Griffin’s go-to location for creativity since February 2012. We began as a paint and sip canvas studio, but have expanded greatly in the last 10 years. Though she never took art classes in school and had planned to be a high school English teacher, owner Jessica Gregory bought a used kiln on Craigslist in 2016 and has muddled through teaching herself the mediums of ceramics, clay, resin, mosaics and more. Jessica and her staff love the “ah-ha” moment people have during classes when they finally understand and master a technique. 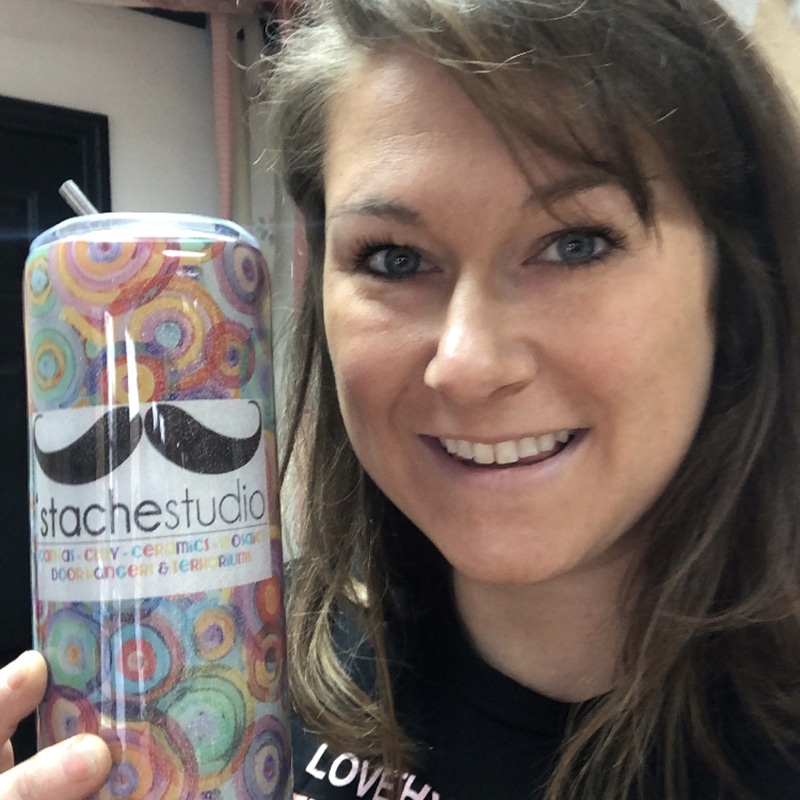 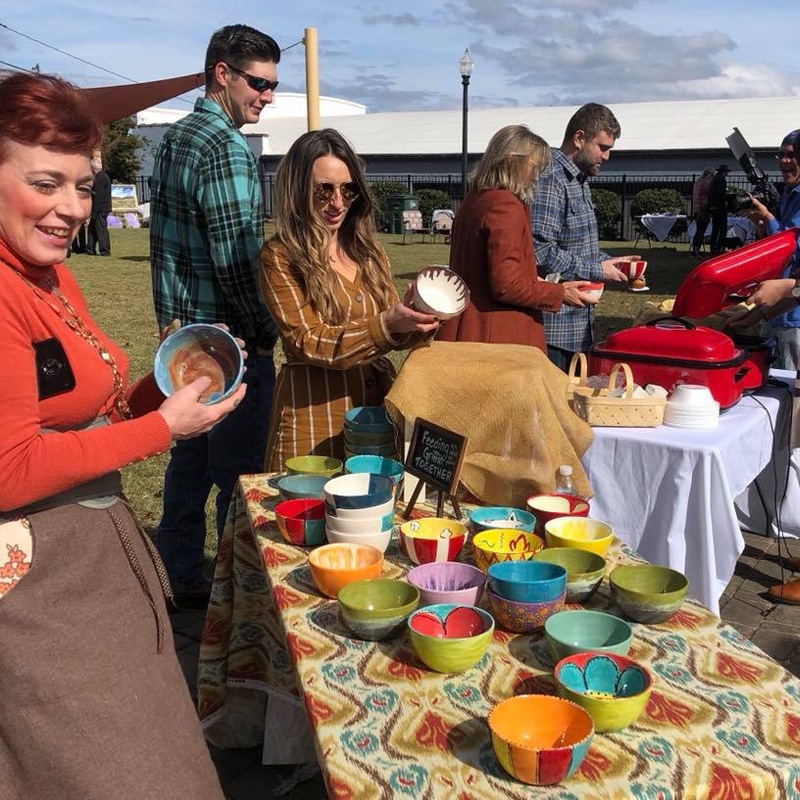 In 2018, ‘stache studio began an “empty bowls” project – a grassroots fundraiser that serves to remember those who have empty bowls and are hungry. People painted their own bowls and the proceeds of those sales were used to purchase 15 turkeys for families at Thanksgiving. Over the years, this idea has evolved into an event called “Feeding Griffin Together.”

Local restaurants provide soup for attendees, who pick out a bowl that was handpainted either by a ‘stache artist or person in the community. Proceeds from the event are donated to Backpack Food for Kids, a program that provides food for children within our school system who are experiencing food insecurity at home. Since 2019, we have raised $9,000 for this program! 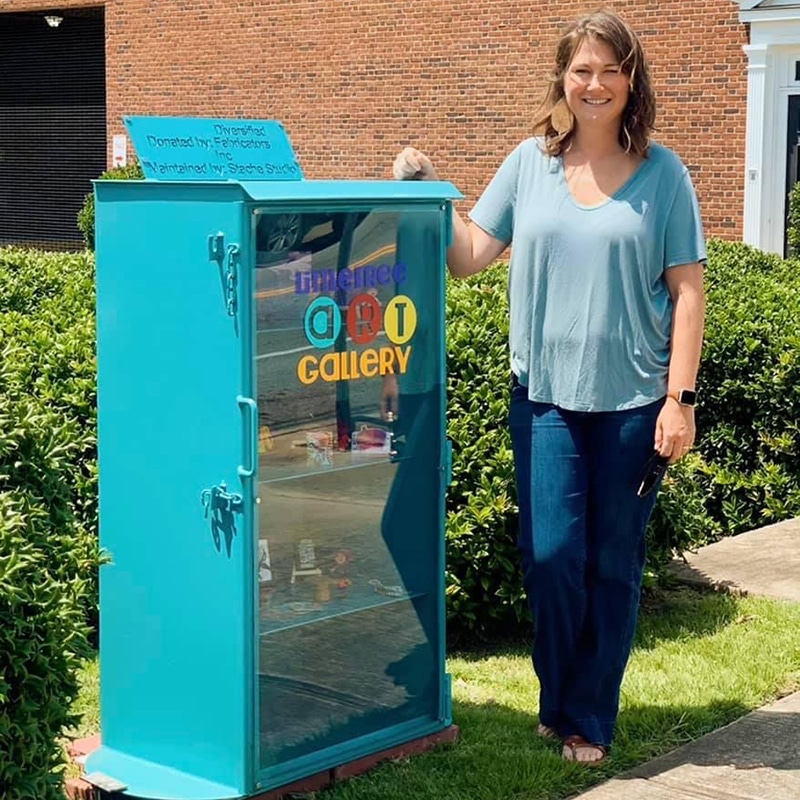 fun stuff we do

Diversified Fabricators, Inc., built and donated a metal container with shelves to turn into a Little Free Art Gallery. Located just across the street from ‘stache studio, anyone can access the gallery any time of day to view, donate, or procure a piece of art. Many local artists, children and adults create art and donate it to the gallery to share with the community. 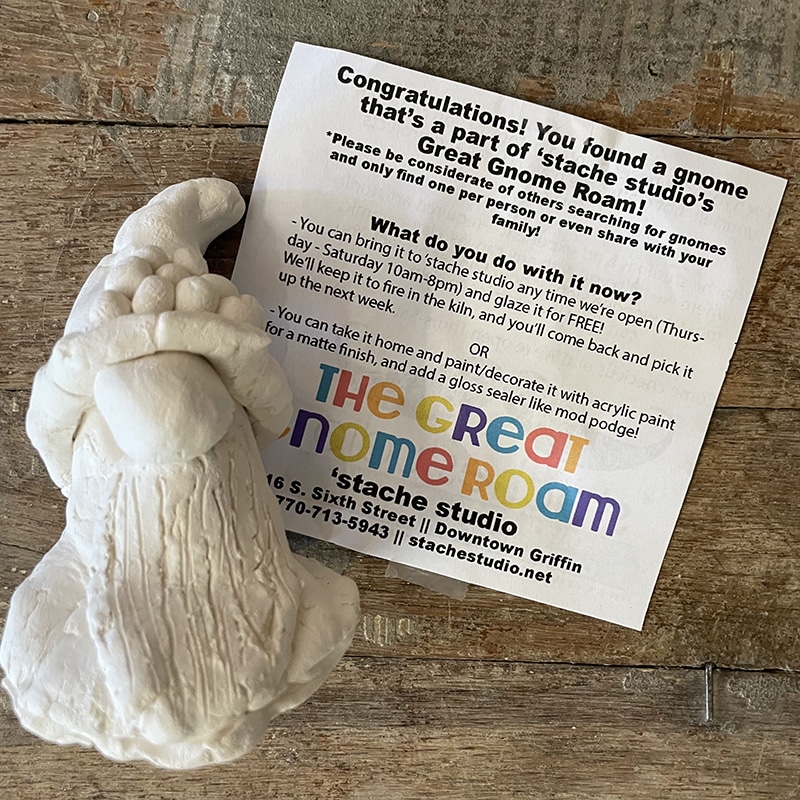 Every September, people of all ages are welcome to drop into ‘stache studio during regular hours and create a mini gnome out of clay for free. ‘stache studio keeps all the handmade gnomes and hides them on several selected days throughout October. Followers see the clues on social media and go hunt for the gnomes, bringing them back to be glazed, painted or hydro-dipped, also for no charge!